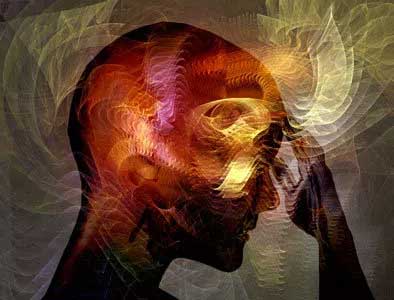 What it’s like to be diagnosed with paranoid schizophrenia

Today’s blog was written by one of our dedicated volunteers, Zanell Neethling. Zanell immigrated to the UK from South Africa with her parents at the age of 17. When she was 19, during a difficult period in her life, Zanell
began experiencing visual and auditory hallucinations, and in 2009 she was diagnosed with paranoid schizophrenia. Since then, she has been on a journey of recovery and now spends much of her time volunteering, running peer support groups and managing her website, PsyCope: ‘Coping with Psychosis’. In this blog she tells us about her experiences of schizophrenia, the public’s perception of the condition and how people with mental illness can be empowered to share their experiences with others.

What were the events that led to your diagnosis? What feelings were you having that made you feel different?

I was living at my parent’s house in 2007 when I had my first psychotic episode. Earlier that year I had been working as a hotel receptionist in London but had been experiencing social exclusion from my group of friends because of a relationship I was in with a man 20 years my senior. Both his friends and mine disapproved of our relationship and some even refused to speak to me because of it. Things just weren’t right there, and I had run out of money, so I decided to move back with my parents.

I remember I was at home reading a Ben Elton book when I first started hearing voices. At first, it was like a flood gate had opened and all these voices appeared along with hallucinations: I saw ships, and the ocean, and I saw a scary monkey standing at my window, scraping in my zen garden. I tried to catch what the voices were saying by typing them in a Word document and then typing my response back, filling pages upon pages. I called it being introduced into “the world of thinking of minds”. I typed with my mother’s voice, my father’s voice, my ex-partner and his mother and sister, sometimes until 4am. “It was a secret”, the voices told me, and “we are not allowed to talk about it”.

It eventually escalated to a point where my two realities collided. Until that time, I had suspected that it was really my ex who was using his computer to send me these messages as a practical joke but when I went to visit him in London, I realised that maybe this wasn’t the case. I didn’t know how to tell him any of this, so we ended up fighting instead. To this day I don’t know if he knows what really happened to me.

My parents had an inkling of what was going on. In 2009 I had become abusive towards my mother just out of pure frustration from the psychosis – I didn’t know how to communicate to anyone about what was really happening to me. By that time, I had been getting nightmares from the hallucinations and had experienced ‘thought broadcasting’ – where you believe that your thoughts are being broadcast outload so everyone can hear – especially in busy places. I remember I went running one afternoon and I kept hearing a female voice and it drove me crazy, so I screamed and hit my head. When I got home, I sat at the table crying, head in my hands, and told my dad something was wrong.

My parents took me to see a GP and I told him what I had been experiencing. He diagnosed me with paranoid schizophrenia and referred me to the NHS Early Intervention in Psychosis (EIP) team where I was given a care coordinator, was put on meds and my family was given support. No one in my family has ever had schizophrenia, so they determined that my condition was situational rather than genetic. Even so, when I was 26, I decided never to have children because I’m dead scared it’ll be passed on and I can’t risk having a psychotic episode with a child, so it’s a no-go zone for me sadly … very sadly.

Was it a relief to have the diagnosis? Or a cause for concern?

My initial reaction to the diagnosis was “whatever”. I didn’t believe it and didn’t want to accept it. I stopped taking my meds in 2010 and moved back to London, where I had my second period of psychoses – 6 months this time and more visual than hearing. The following year I moved back to my parents before moving into supported accommodation with Stonham Housing. I then bid on a property with Hampshire Home Choice where I settled into a long-term flat near Fareham and I’ve been here since 2014.

I now think that I’m connected to two female and one male voice/mind in another dimension, and we are connected for a reason. The voices often tell me “I have to die” but with the end goal of finding out “the truth”. Some of the hallucinations I get are similar to those you can experience when taking hallucinogenic drugs like DMT (dimethyltryptamine), but far more intense. They can spiral into something unbelievable, like a colour explosion on the wall – it’s pure craziness and very beautiful. I’m absorbed with wondering about these experiences, what I hear and see that isn’t there…

What is the effect of the medication you are on? Does it have side effects that you are uncomfortable with?

The first medication I was put on was an antipsychotic drug called olanzapine, but it didn’t work well and just made me gain weight. Weight-gain is a common side effect of mental health medication and I proved this once by going off my meds for 4 months and dropping 3 dress sizes, just with light exercise and drinking a lot of water!

For a long time I was on risperidone, which is a drug that rebalances dopamine and serotonin to improve your mood, and behaviour. But after 10 years, they decided to change it because it gave me drug-induced muscle spasms. It’s very scary. NHS 111 keep thinking it’s a stroke because my speech is so affected and they cannot make out what I’m saying so they send an ambulance. I now take procyclidine 10mg a day which is a muscle relaxant to deter the side effects. I also take an anti-depressant called amitriptyline, as I developed mild depression after 10 years of struggling with schizophrenia.

The new drug I’m on is called haloperidol, which is working wonderfully for me. Some months ago I was getting skittering lights in my eyes, which was a real issue, but haloperidol has made it a lot better. I want to increase the dose, so I’ve booked a review with the psychiatrist. Primary Care refuse to alter my meds because it’s “not their area”, so I have to speak directly to the mental health team if I want to change anything. Unfortunately though, each referral takes months to process so it’s turning into a waiting game.

How do others respond to your diagnosis? Are they kind? Or judgemental?

I’ve experienced extreme welcoming and warmth to cold disillusionment, especially the latter from potential employers, as well as endless discrimination. I find it easier just to keep the information off my CV. I rarely get picked for any jobs, and no employers are willing to be flexible.  At the moment, I’m allowed to do some work but only for 16 hours a week and I’m severely restricted with bus times to and from my village. It’s left me in a lurch to find some permitted work to do.

These days I fill my time with volunteering but it’s hard surviving on Employment and Support Allowance (ESA) alone. I had been receiving Disability Living Allowance (DLA), but this was discontinued five months ago and I didn’t qualify for Personal Independence Payment (PIP). Suddenly so much support just got taken away and I’ve been wobbling ever since. I try to be active and contribute but I’m finding it difficult and I struggle to cope some nights. Still, it’s better now five months later, thank God…

Do you find it easy to relate to others who have a diagnosis of schizophrenia?

I actually find it hard to relate to others with schizophrenia, because I feel my experiences of the condition are not as negative as many other people’s are. I run a peer support group for people with schizophrenia and I sometimes feel ill-equipped when people discuss their more frightening experiences.
But I have found it immensely helpful to retell my own recovery story and build my website, PsyCope ‘Coping with Psychosis’, a place where people with schizophrenia can share their experiences of the condition. Creating the website was a great journey and has made me realise the value of community support and mutual understanding. People often feel confused and isolated when they develop a mental illness, so it’s incredibly helpful to have a safe space where you can talk to others who are going through similar things.
I’m also applying for funding for Voices Unique, which organise peer support groups for young people with schizophrenia. Currently I’m only trained in youth group facilitation (years 12-17), but soon to be adult groups too (years 18-25). 🙂

What are the positives about having a condition like schizophrenia?

I can’t think of many positives of having schizophrenia, but it has taught me to be more understanding of other people’s situations, and to listen with an open mind…

What are your views on the available support? Not only for you, but for your family too?

I feel there is very limited support for people with schizophrenia and their families – or there used to be a lot, but they pulled it and expected people to just cope with it. That’s the most disappointing part.  My emergency diazepam medication was stopped, my DLA was stopped and I didn’t qualify for PIP. I try to find work but it’s very difficult, not only with my schizophrenia but also with the bus times and lack of flexibility from employers.

It’s tough, but I’m lucky to have my parents who help where they can. It’s been a long, tough road for all of us. But my mother has really benefited from meeting and talking over coffee with another mother who was in a similar situation to me… I fully believe community support and empowering people to tell their story is the key to recovery…

Thanks for reading! Check out my site 😉